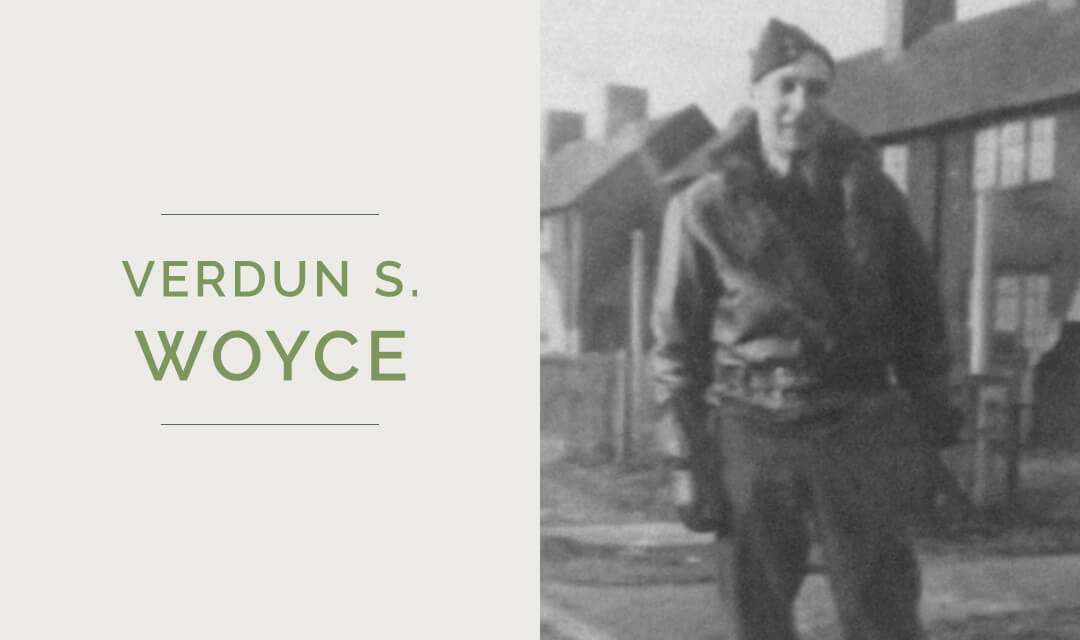 Verdun Stanley Woyce was born in Palmerston, and was employed as a member of the Bridge & Building group on the CNR.

During the Second World War, Woyce enlisted in the Royal Canadian Air Force, where he was able to utilize his comfort with heights. In fact, The Palmerston Observer recounts one story of Woyce, stating how he effortlessly threaded a rope through a flagpole in Palmerston, when no one else could do the job. He did it on condition on anonymity however, as he “feared complications with Air Force officials if they learned that a student airman spent his leaves climbing flag poles.”

Some time in early February, Woyce was reported missing after an air operation over Britain. It would later become known that Woyce was killed in action on January 8, 1943.

Woyce is buried at Runnymede Memorial, in Surrey, England.

You can view his Commonwealth Graves Commission page here.